A New Trailer and Upcoming Kickstarter! 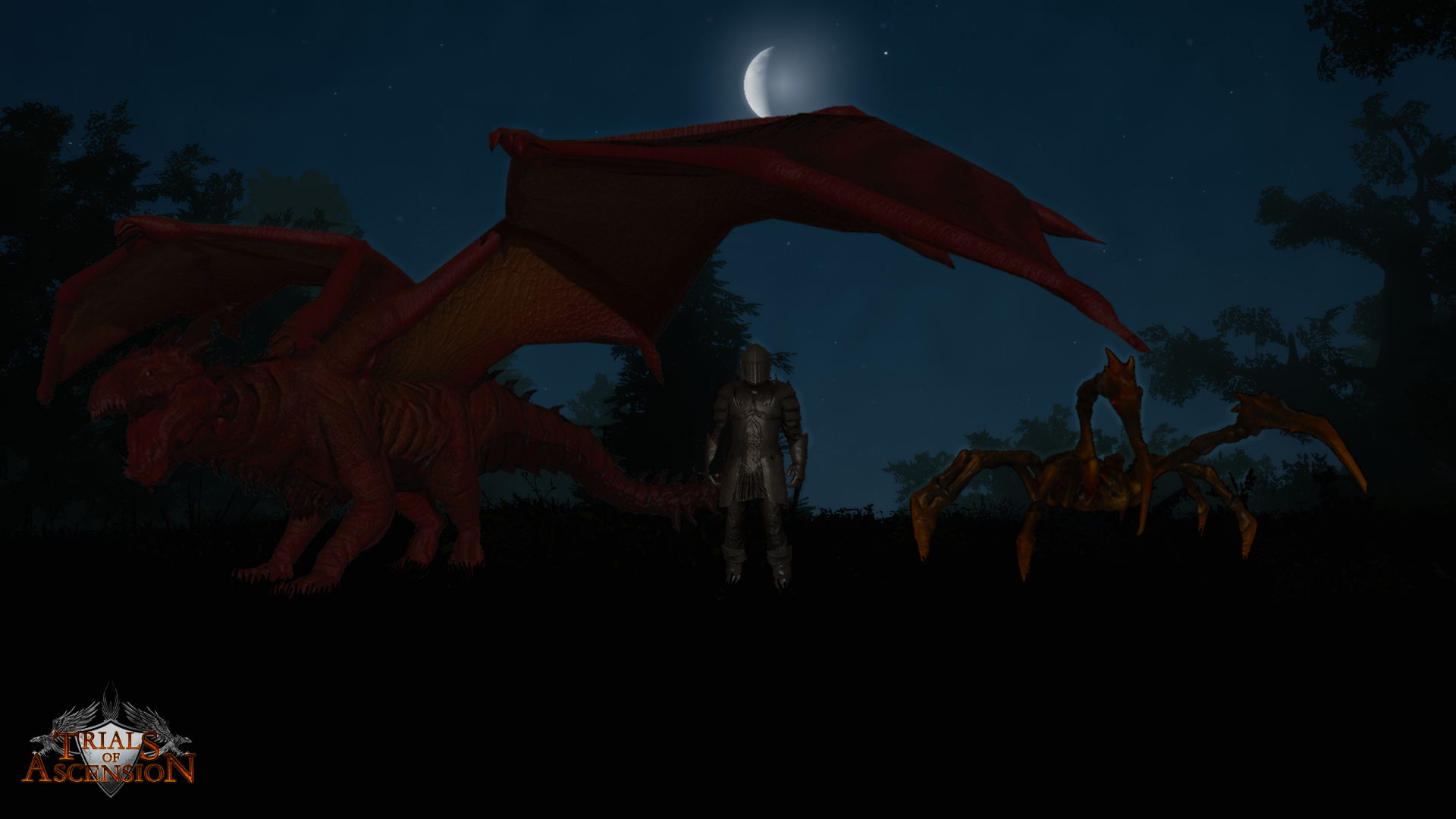 Greetings fans of Trials of Ascension!

It’s been quite the month for Trials of Ascension and Dragonfire Entertainment! We’ve got a few things to talk about so let’s start with what everyone wants to see-content!

If you’ve been following ToA at all, you know that in the past couple weeks, we released our first Pre-Alpha Gameplay Trailer detailing all of the currently implemented features for Trials of Ascension! This included things like our new dragon(s) being worked on by our modeler (only one was shown in the video but all of them are being worked on!), magic being cast by humans, some raknar crafting and climbing trees, and a whole lot more! If you haven’t seen it yet, you can look below to find it and watch it:

Some of these features are already outdated as the main dev working on this has been working tirelessly to bring ToA to all the players (and himself) asap. For example, the housing has now been updated:

As well as new indicators, new magic spells, and more!

Along with the trailer, Dragonfire Entertainment has finally started promoting it’s Kickstarter to completely and truly bring Trials of Ascension to life! This Kickstarter is designed to get Trials of Ascension off the ground. It will do this by both providing coverage for the game as well as providing a small payment to the developers if it does in fact succeed. We expect to be able to bring both short and long-time fans the game they truly deserve with Dragons and their growth, Raknar and their evolution and webs, and Humans and their skills and magic.

We are initiating a call to action! If any of this has sounded interesting to you or it’s something you want to play, then follow now so you can be notified when it hits live and help bring this game to life so both players and developers alike can play –