Hello and welcome to our in-depth article featuring our scaly playable race; Dragons!

In this article, we’ll give an extensive look into dragons, how they will be implemented, what the players will be doing as dragons, and what players should be expecting. So let’s get into it!

Dragons will have a total of 5 molts across 6 stages of growth:

After each molt, dragons will gain a new race-specific ability that will assist them to progress to the next stage. In summary; Hatchlings have nothing, Youngling dragons can glide, Juvenile gain fire breath, and so on. The dragon will have to use these abilities, as well as their wits, to successfully survive and progress. However, with each new stage, comes new dangers as well. You will have to slightly adjust your playstyle as you progress less you’ll pay the ultimate price.

Along with the stages of the dragon, there will also be dragon nests. One for each stage and it has to be at the most updated stage in order to molt (e.g. you cannot molt into a Youngling from a hatchling nest). The dragon nest will essentially be your home for you. Dragon nests will mainly be used for 3 things:

Building nests will just be similar to building a home like any other race, harvesting the resources around you to successfully craft a nest. Once complete, dragons can start upgrading the nest and utilize the benefits.

Once a dragon reaches the Youngling stage, they slowly become a force to be reckoned with. Dragons will have quite a few ways to combat all enemies; claws to swipe at and deal damage to enemies, tails to catch enemies behind them off guard, wings to blow an enemy off balance, and of course, fire breath to set enemies ablaze. Dragons should be careful though as their armour will not be sufficiently developed until the Adult stage and are still vulnerable to attacks. All of this will allow dragons to feel like a mini-raid boss while also still allowing for them to be killed if players are sufficiently coordinated.

Yummy, metallic and high in essential vitamins (don’t tell the Hatchlings, though, babies can be picky eaters), nuggets will be the main resource that dragons depend on to progress. What are nuggets though? Nuggets are lumps of metal in the earth that dragons can either consume to grow, or they can use the nuggets to craft nests and other dragon-related items. There are three types of nuggets: Copper, Silver, and Gold. Each nugget will further progress the dragons towards molting depending on its type. Dragons will be looking for nuggets for large portions of time as they will be needed in order to grow and to upgrade their nest. As a Hatchling, dragons cannot harvest anything, as none of their racial abilities are developed yet, so they will need to find resources by scavenging in order to build their first nest.

Dragons can of course move in all 3 mediums. They can walk/run through the world of TerVarus, fly/glide through the air (once they’ve developed wings) and can swim/dive through oceans or lakes.

The hatchling stage for dragons will be one of the hardest in the game. Plans are not to make it impossible but humans will have crafting and harvesting at first and raknar will have combat, so hatchlings will have nothing to start with but the player’s wit. Hatchling dragons will need to be very careful as they cannot reasonably kill anything except small animals in this stage and will need a very cautious playstyle in order to overcome the harshness of Tervarus. With each new stage, it will become easier to play and progress as a dragon, though the dangers will change. Once players get to the ancient stage, they will probably have the easiest time of all the races as nothing can take down an ancient dragon alone… but humans are rarely alone. 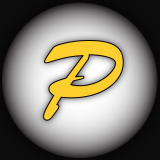 Signup for our Newsletter

Say hi to us out on the interwebs!